Warrior is a slumped, hooded form, with a hollow dark interior. Vulnerable, despite its gaudy covering, the tenuity of the form implies injury or disfigurement. Constructed from scarlet-dyed utilitarian fabrics, towelling, dishcloth, blankets, and flannel, it is pieced together in brick like formation. Sections of the cloth are printed with quotations questioning the efficacy and morality of warfare from writers, politicians, teachers and artists. Quotations include: "In War, truth is the first casualty" by the ancient Greek Playwright, Aeschylus, "War is the blackest villainy of which human nature is capable" by the 16th Century Dutch humanist Erasmus and "Either war is obsolete, or men are", by the American architect and visionary Buckminster Fuller.
Warrior refers to thousands of years of opposition to warfare. 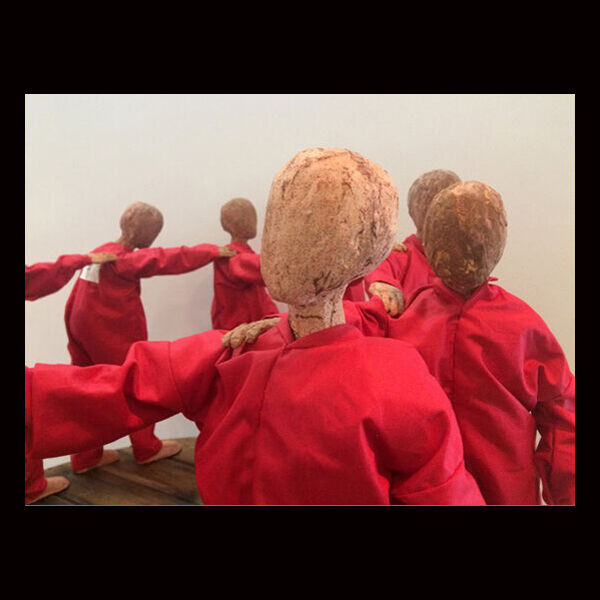